today my mother tells me


"it's been 36 years
since my mother passed

and just as long
that i can't remember her
at all

not even her voice"

and i think
how sad
to be that out of touch
with yourself
Posted by Maral at 10:43 PM No comments:

i cannot speak
my truth
in the master's tongue 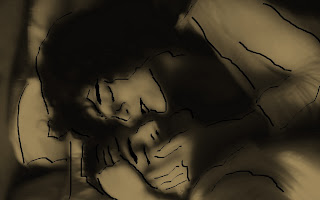 i dream of devouring
the red fruit
mouth
that breathes
release into a home
i do not go into
in your absence
made of night
and being unable to see
only knowing
my own ocean
of skin
only
when you are the moon
letting me back in
Posted by Maral at 12:14 AM No comments:

my father told me to not look at the door for an answer
the day my husband beat me,
told me to find myself a corner in the house
and cry.

she puts down the eggs and tarragon wrapped in lavash,
mixed with salt as regretful as tears,
and pepper as passionate as life.

we were told to be good all our lives,

and what about us was not good?

she has brought out the tea, the cheese.
she will cut it for you, place it on your bread,
spread the butter.

she will pour your cup full, add sugar,
tell you to sit out of the sun,
ask if you need the heat on,
if she can give you a sweater.

she recently dyed her hair completely blonde,
trying to appeal to her husband's taste for russian
more delicate women,
women less raw and wild than herself.

poem to a photograph 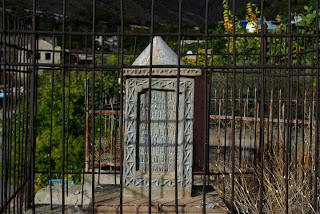 if i am the third world then the way we have gotten used to is no longer the way because i am before the number one, i am zero, round and circular, i complete the cycle, i am before numbers were made up, before a billion dollars was not enough, before the tallest building was trying to reach god, i was underground where it all began, before development brought metal cranes into every city i have grown up in while i was growing up, before development dug into the earth to rip me out and throw me across the atlantic ocean to the new world, the developed world, where third world neighborhoods struggle under the will of gods sitting in the sky of 100 story buildings scraping the sky to scream bombs at other third worlds to steal metal/gold/oil/rock/children/women/rights.

if i am the third world then the number scale has shifted to a new system where infinity is no longer an option and the number 3 is the new wor(l)d for change, for development by a new definition which states that:

nothing will be made right without destruction of what development has come to mean: the desire for better/faster/easier/more and more.

we need a new vocabulary, even if it comes about by borrowing from our own tongues, or once we begin to make words up because we are free to create the world we inhabit which is already made up of words that constantly break us

if the mouths of words are shut we can only hear mumbling lies and begin to turn into those lies.